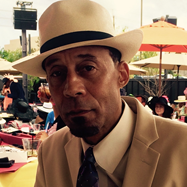 Black History Month is an annual celebration for the accomplishments of notable African Americans and their roles in U.S. history. It also represents a wonderful tribute to the many outstanding African Americans who have graced our country’s history. In commemoration of Black History Month, the Racial and Ethnic Diversity Committee has determined that our ITF America community has noteworthy African American members that should be celebrated for their contributions towards the growth and practice of Taekwon-Do in America. And, this committee has decided that it would be fitting to “kick” start this new endeavor during Black History Month and to take a step further into other ethnic celebrations as they occur.

Pease join us in commemorating the contributions of Master Roberto Roena to our beloved Taekwon-Do. Master Roena began his training in Taekwon-Do with the United States Taekwon-Do Federation (USTF) under Grandmaster Charles E. Sereff in 1970. At the end of 1972 he transferred to Central YMCA and continued his training with Mr. Dan Beck as his instructor. 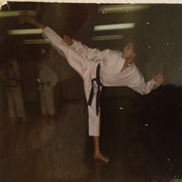 A much younger Master Roena and for our younger readers this hairstyle is known as an AFRO! 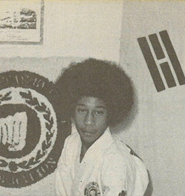 In 1976 Master Roena earned his 1st Degree Black Belt (ITF# A-1-1756), and in 1977 competed in various Open Competitions and USTF events. Master Roena continued his Taekwon-Do training in 1980 with Mr. Larry McGill, and earned his 2nd Degree Black Belt (ITF# A-2-387) in 1981. Below is Master Roena in action at the Rocky Mountain National Championships in the summer of 1981. He triumphed at the competition by winning first place in the Light Weight Kumite division. 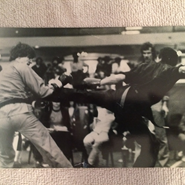 Did you know that Master Roena has ties to our nation’s military? Here we see Master Roena during a demonstration at Peterson Air Force Base where he was the base’s Taekwon-Do instructor. 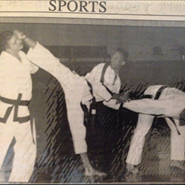 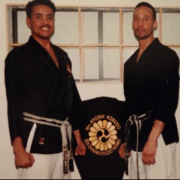 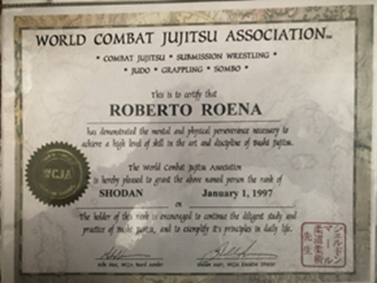 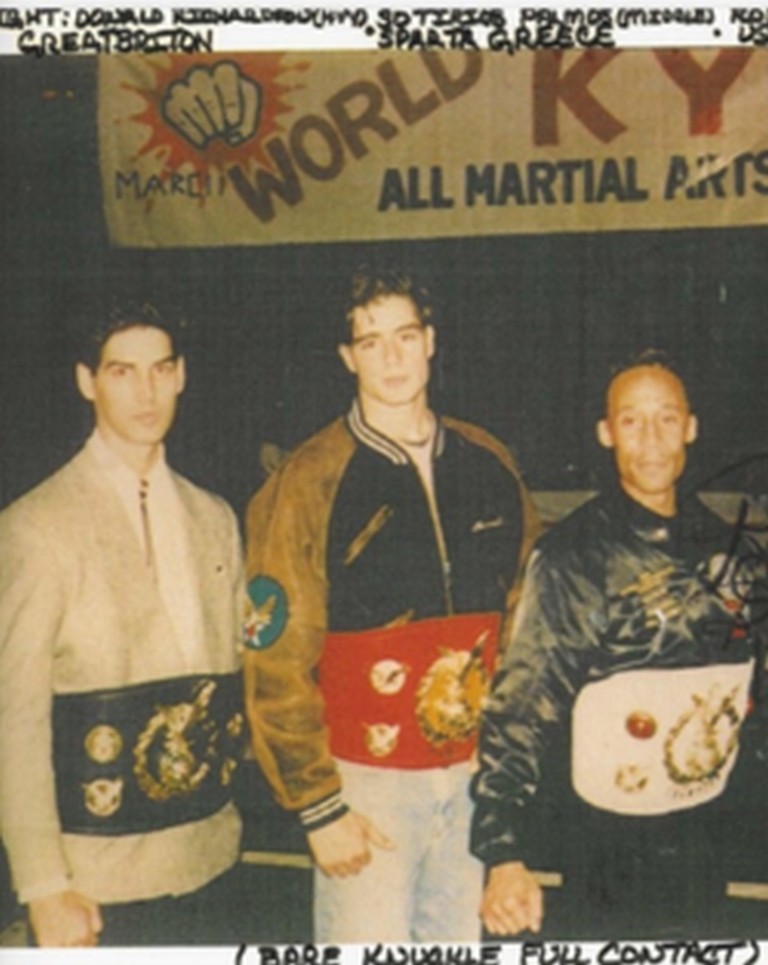 In March 1991 Master Roena was crowned World Lightweight Champion in the World Kyuk Tooki Association (WKA) full contact bare knuckle event in Denver, Colorado. He remained champion through 1992 and then retired. This event was hosted by Grandmaster Chul Woo Jung. 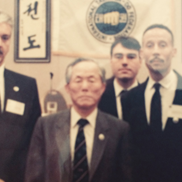 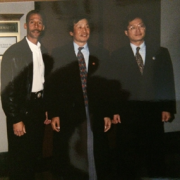 Master Roena contributed greatly towards the development and promotion of Taekwon-Do in 1998. First, he assisted in training the Junior ITF U.S. Team in 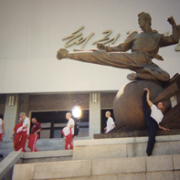 Master Roena exhibiting his flexibility during a visit to the Taekwondo Palace in Pyongyang, DPR Korea. 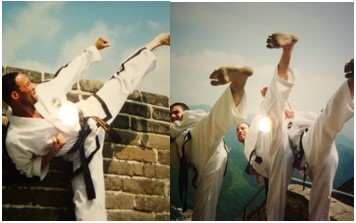 Master Roena and his students posing for pictures in China. He attended the Asian International Championships in Beijing, China in 2000 where he performed the duties of the Assistant U.S. Team coach.

He was appointed the position by Grandmaster Kwang Sung Hwang.

Taekwon-Do is a journey….NOT a destination, as we can clearly see by the examples set by Master Roena during one of his many rigorous workouts. 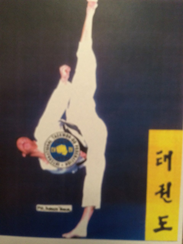 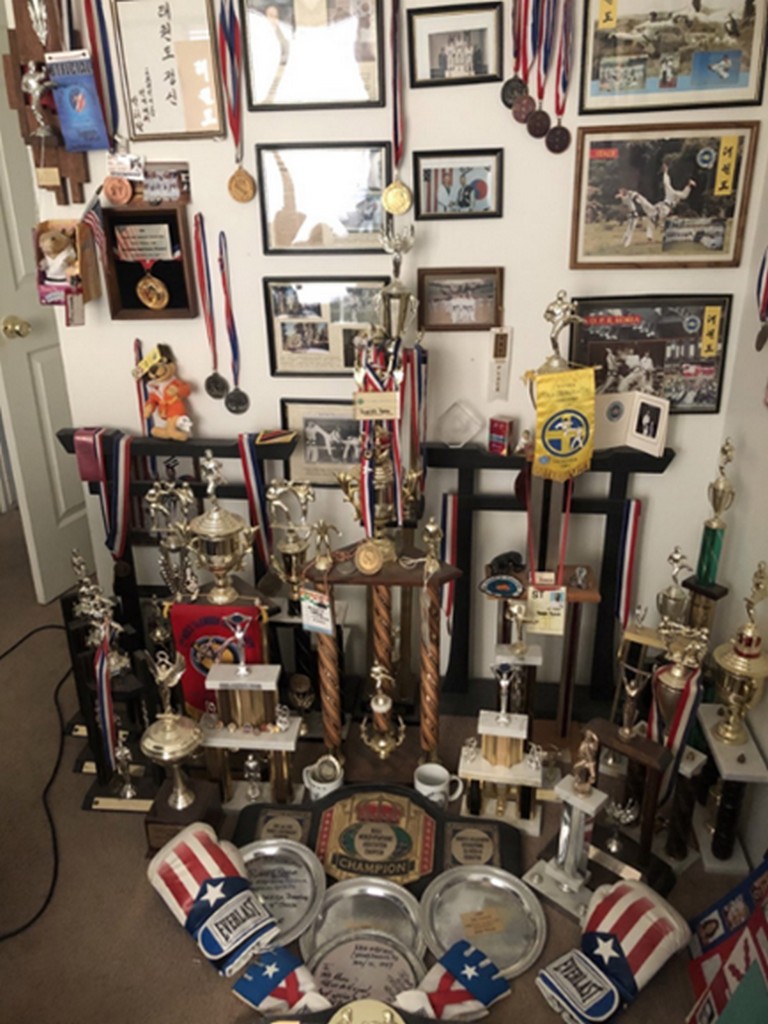 A glimpse at the trophies amassed by Master Roena during his tenure as a competitor!

The year 2015 was an awesome year for Master Roena by accomplishing three (3) remarkable milestones. First, he was promoted to 8th Degree Black Belt (ITF# A-8-24), next he celebrated his 37th year as a Founder for the Colorado International Taekwon-do (CIT) dojang, and he also celebrated his 44th year of practicing Taekwon-Do. 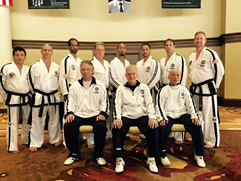 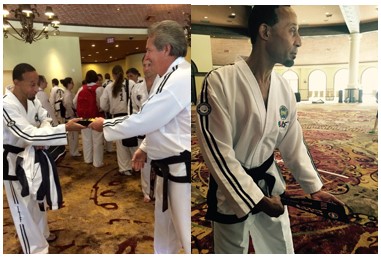 ITF America please join us in celebrating Master Roberto Roena, his efforts and accomplishments have made a lasting impression on the development and practice of Taekwon-Do today. And, his many contributions have helped to pave the way for numerous Taekwon-Do students and practitioners to emulate during their own Taekwon-Do journey.